Learning about the Ross Procedure – Blog Skip to the content

Learning about the Ross Procedure

We at Genesis Foundation, a Children’s Healthcare Foundation, often encounter a variety of cases with different methods of treatment. Through one of our cases, we learned about the Ross Procedure.

What is the Ross procedure? When was it discovered?

This operation was first described in the experimental laboratory by Lower and colleagues in 1960 and clinically performed by Dr Donald Ross in 1967. The original technique consisted of implanting the pulmonary autograft, tissue graft from one’s own body, into the aortic root in the place from where it was removed. Facts about the Ross procedure

Evaluation of the Ross procedure We at Genesis Foundationhave supported one child who had undergone Ross Procedure, and this is his story. 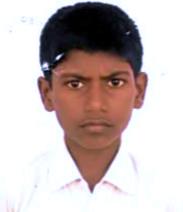 Lokesh, born in Chennai, is fourteen years old and the eldest child to Kuttiammal and Ashok Kumar. He was born in a government aided hospital, and immediately after birth the doctors noticed that he was showing breathing difficulty. He remained in the hospital for two weeks while being medicated. His father works as a labourer hence had no fixed source of income.

One day, he met with a representative from a pharmaceutical company who offered some help and took the parents and Lokesh to a private hospital where an Echo was conducted. It showed that he was suffering from severe Aortic Stenosis. His aortic valve had shrunk considerably and needed urgent ballooning. With love and support from close relatives, Ashok managed to raise some money to get his son treated. The ballooning was done and the aortic valve was opened. Both parents brought their son every year for a check-up and as things started to resume back to normal – Lokesh started attending school again.
Just when they thought things were alright, a year ago Lokesh developed breathing difficulty again. He was taken back to the same private hospital where doctors referred him to Miot Hospital. Another Echo was done, and the parents were told that their son required a surgery, the Ross procedure. The family was unsure whether they’d be able to bear the financial burden. The doctors at Miot Hospital reached out to us, and with the support of our CSR partners – WPP India CSR Foundation, we were able to help the family and ensure that Lokesh got the surgery he required to live.Lokesh has cleared his 10th Board exam and is pursuing a vocational course.

If it weren’t for a Children’s Healthcare Foundation such as Genesis Foundation, Lokesh, and so many more, would have been deprived of a chance to live a full life.